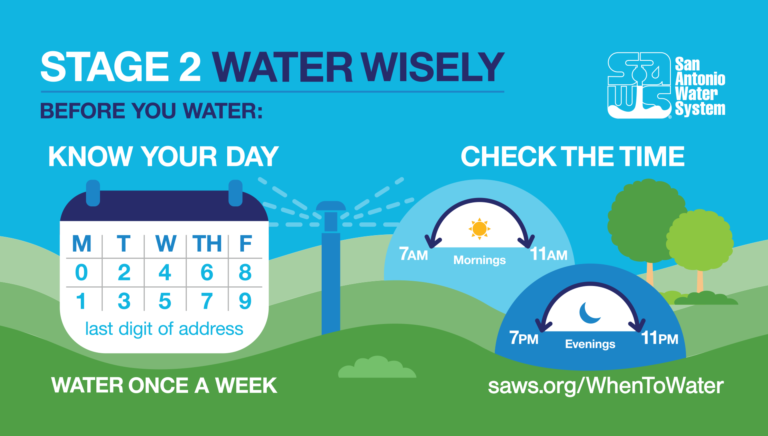 San Antonio has been under Stage 1 watering rules for about a month, but hot, dry conditions of La Niña have caused the 10-day average at the Edwards Aquifer J-17 monitoring well to drop below 650 feet, triggering Stage 2 watering rules.

SAWS has significantly diversified San Antonio’s water supplies and now the Edwards Aquifer represents only about half of our available drinking water because it is just one of the utilities’ 10 water sources.

According to the city’s Aquifer Management Plan ordinance, coming out of drought stages can be considered 15 days after the aquifer is above the trigger level. More information on Stage 2 specifics are at saws.org/stage2

SAWS customers can take advantage of SAWS WaterSaver coupons and rebates to spruce up their yards and save money. Learn more at https://www.gardenstylesanantonio.com/coupons-and-rebates.

San Antonio Is In Stage 2 — Do You Know When To Water?
test!